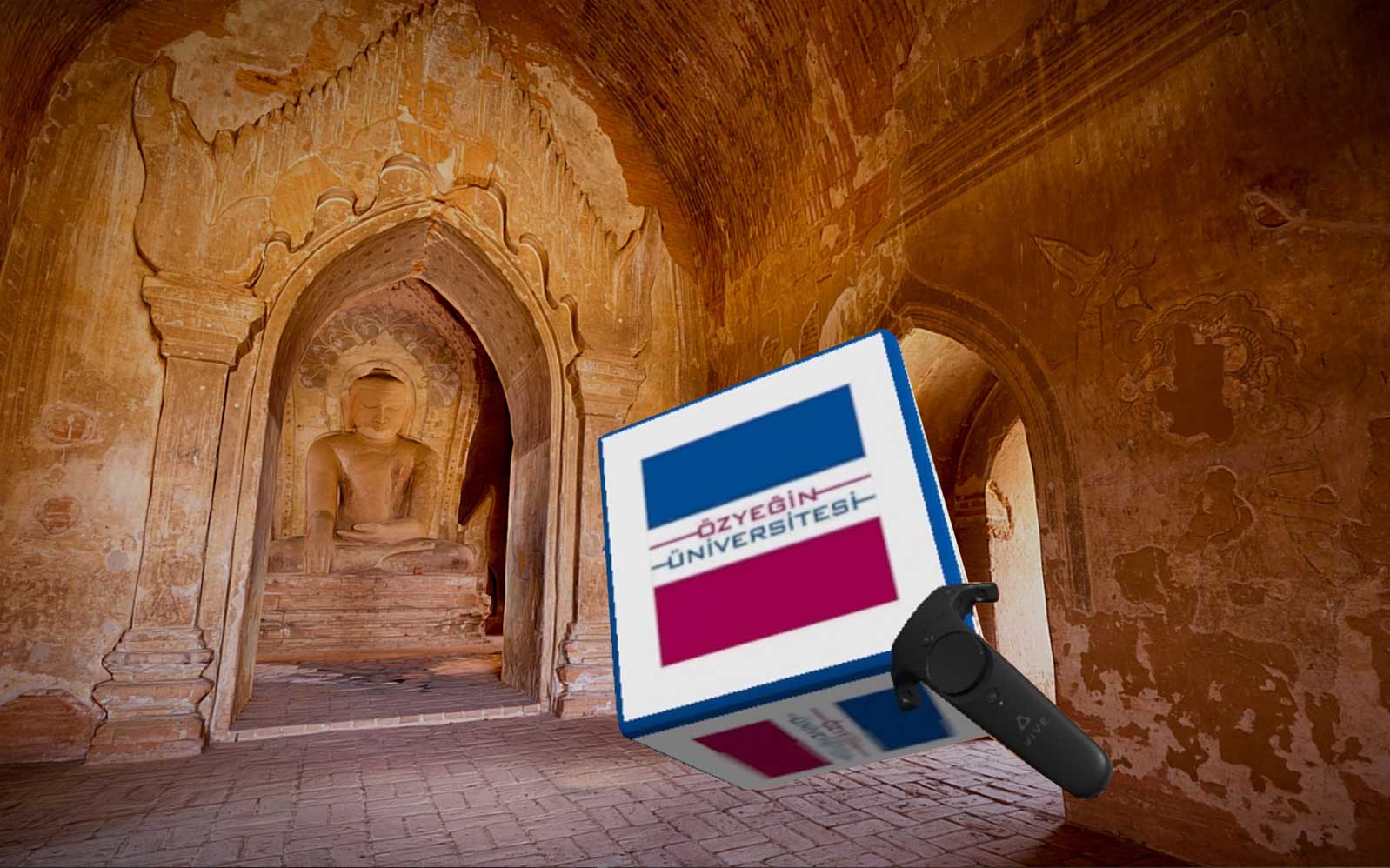 Ozu VR Lab has successfully developed its first virtual Reality environment by adapting a 3D model created with photogrammetry  methods. The Virtual Space was made possible with the Unity game engine adapting Miguel Bandera’s (Cyark.org) Khayiminga temple scanned at the Bagan Zone of Myanmar. Users can explore and interact with the temple in an entertaining fashion.

The immersive environment was created considering activities like moving around, interacting with virtual objects and constructing new structures with foam bricks.

The experience was created in thought of Parés’ definition (Narcís Parés, Roc Parés) of the three basic interactions taking place within Virtual environments, particularly:  the explorative, manipulative, and contributive interactions.

The explorative actions represent navigating in the Virtual space by the teleportation method. The Teleportation method helps to navigate the user from one point to another without actually traversing the physical space between them. Once actioned, the movement is instantaneous. The mechanics works simply by Point and click; where the experiencer points to where they want to move and then instantly materializes in that spot.

The manipulative actions represents interactions with objects, like moving them from one location to another. This involves the selection and replacement of virtual objects in VR, The user can perform activities like throwing balls and moving boxes in VR.

Finally, the contributive actions stands for interacting with both space and objects together to modify the virtual environment as a whole. The Contributive action, involves the construction of a new structure with foam bricks.

Following this we plan to Create our own 3D model using photogrammetry, Probably a cultural heritage location for the purpose of examining the concept of Immersive Museums.

Contributors: Bora Sezer and Can Turkinan